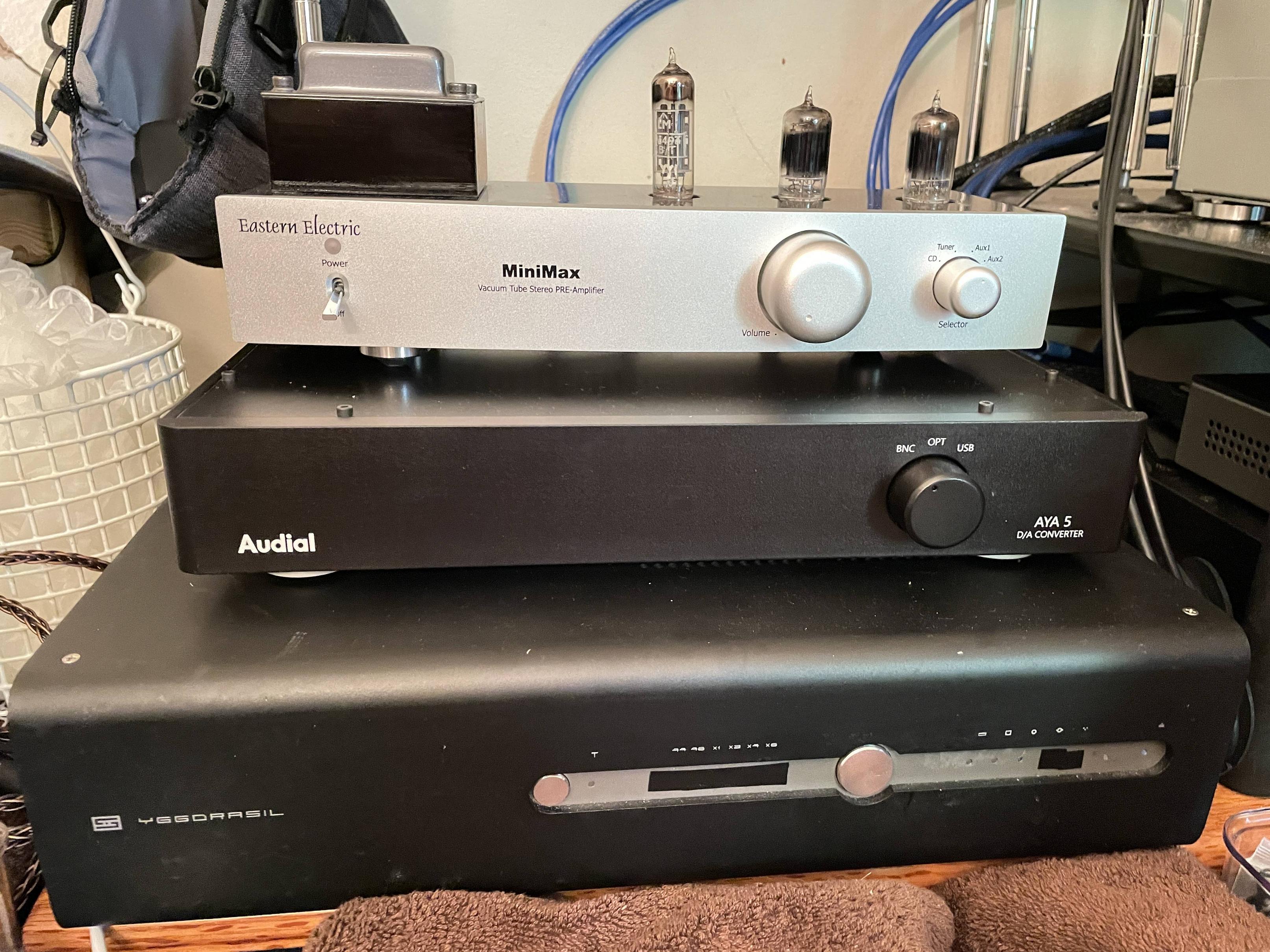 There is a huge price discrepancy here so it’s not exactly a fair fight, the Yggdrasil A2 sells for $2.5k and the Aya 5 sells for about $1k but can be built by a DIYer for less. But I’ve heard great things about the Aya 5 from multiple people and if it could better my Yggdrasil at under $1k that would be awesome. I have heard DACs that do some things better than the Yggdrasil A2, like more resolution, blacker background, more 3 dimensionality, more realism in micro tonality and timbre. But I have yet to hear any DAC that as a whole package beats the Yggdrasil A2 and makes me want it over the Yggdrasil. They all, despite when they beat the Yggdrasil in certain ways, have deal breaking problems for me that the Yggdrasil does not have. The Yggdrasil sounds good to me, there is nothing that stands out as a problem. The only thing I want out of pure lust is moar resolution and a blacker background. But the presentation of neither of these things bother me about the Yggdrasil.

I noted in the profile posts section that someone posted this: Normally I really wouldn't really care, because personally I wouldn't bother with the vast majority of the above. Until one guy I was talking with about audio gear said off-the-cuff: "Topping SMSL Shenzhen Audio's plan is to keep coming up with new models so people keep buying". I have to say that this is a interesting observation because now we are... comparing DAC SINAD to the tenth of the decimal? 123 point eight. Seriously? Talk about measurements for the sake of measurements. Now we are totally losing the forest for the trees. 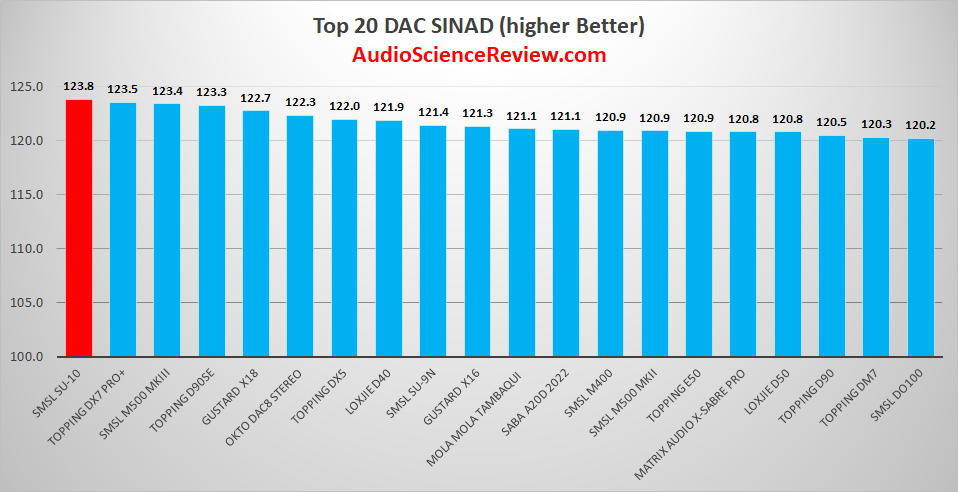 Let's break this stuff down:

Basically, other than a a few standouts with the price since the performance is mostly the same, you would be buying more or less the same DAC, but repackaged, slightly tweaked for tenths of a db better SINAD. Somebody is pulling the wool over your eyes, or is being paid off by Shenzhen Audio.
Continue...
HIFIMAN E-Stats Shangri-La Jr.
1 964 by ufospls2 : Oct 21, 2022 at 1:25 PM
Today we are having a look at Hifimans Shangri-La Jr. headphone system. Having recently had the opportunity to spend some time with their senior version of this headphone, I was really looking forward to hearing the differences between the two, how they matched up to each other, and if the Jr. version was able to capture some of the magic that the Sr.’s had. The Sr. are still the best technically performing pair of headphones that I have personally heard, so in that respect the Jr. certainly had a lot to live up to, though obviously at the massive pricing difference, there are going to be concessions in certain areas. Through a bit of a mix up on Hifimans end, they also lent me the matching amplifier for the Jr. headphones. I have not heard the Sr.’s matching amplifier, so I’m not able to offer a comparison in that area, but I have experience with other electrostatic amplifiers, and will be writing about some of the comparative differences between those.

Continue...
Throw away your APx555s!
10 1,745 by purr1n : Oct 16, 2022 at 5:34 PM
Throw away your APx555s! Just kidding. Actually, there is some truth to this, particularly if you interest is SINAD and audibility from a scientific perspective. Considering that most of our listening with with CD-quality (or worse), which has a limit to 16-bits. 16-bits is 96db of dynamic range. So really, we don't need measurement gear that does better than that. Even moreso when we consider that the signal to noise ratio of microphoned instruments or electronic instruments plugged into mixers is probably no better than 55-85db. 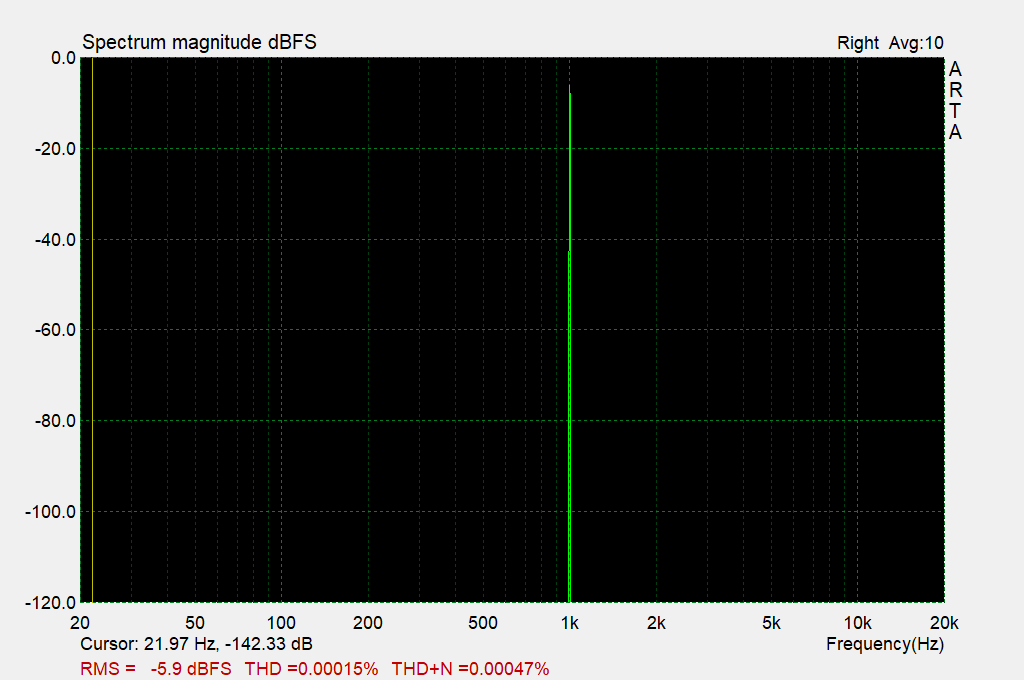 Which makes us wonder if we should not just cut off the lower part of the graph below the -100db line. Think of it like tolerances for automobile body panels. What's considered acceptable tolerance for the gap? 3mm, 1mm, 0.5mm? I'm sure Toyota's spec is probably much tighter than Ford's or Chrysler's (Tesla probably doesn't even have one, their spec manual likely being "use eyeball" or "whatever Elon says is OK for the day"). However the fact is, after a certain tolerance spec, it's not going to matter to the human eye. I'm not going to care if the gap between the hood and front quarter panel is 0.01mm off from spec. The reason is because I cannot see this.
Continue...
Dan Clark Audio Stealth Measurements and Thoughts
20 3,264 by Vtory : Oct 16, 2022 at 4:00 PM
I have an audio pal in my area who recently came back from Canjam Socal with some new purchases. Unfortunately, his wife disapproved him to own two similar-looking 4k headphones. Plus, my serious audio sessions (usually done with Susvara) were often bothered by some party people living around me. We found our interests coincide and I was willing to help his family crisis lol. At the end of the day, I could snag -- as per him, steal -- his pair of Stealth for myself. 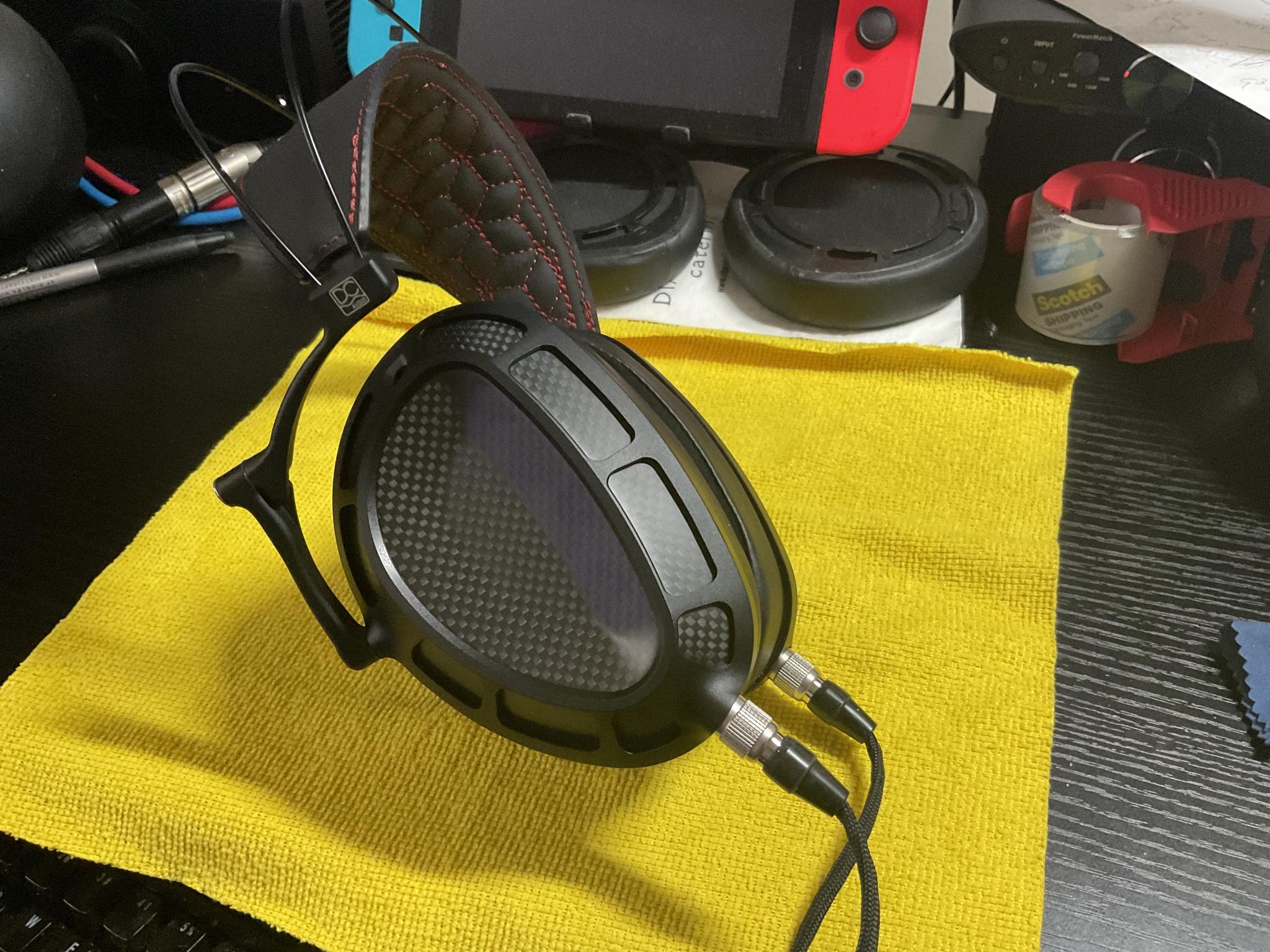 TBH, I've had prejudices for DCA and Harman target respectively. Listening with Stealth for several days made me revoke most of the bitching claims I made before. Maybe less for DCA as I still think their prior products were weaker than competitors. But for the Harman target, I should have rigorously separated my dispreference toward Harmanzing EQ from a legit target-driven product. My criticism was not based on real products. How clueless I was.
Continue...
Hyundai Veloster N Car Stereo Misadventures
16 1,430 by purr1n : Oct 5, 2022 at 7:00 PM
@ChaChaRealSmooth asked me if I would lend him my Veloster (and presumably let him drive it hard) if he ever down here in Texas, and I was like sure. I'm not possessive of my stuff, and besides, I can't take it with me when I die. Stuff comes and goes. People come and go. Impermanence is a fact of life. Anyway, this led the conversation about the car stereo. I mentioned that I should take a frequency response measurement of the Infinity 8 speaker sound system (Harmon, JBL Samsung, etc.) and he said that he would be interesting in seeing it. I do have plans to upgrade the speakers. I'd love the put in one of those DSP/amps, but this could be difficult given that the headunit sends proprietary CAN-bus (with SPDIF) signals to the factory DSP/amp unit. Nothing would be stopping me from inserting a DSP/amp after the factory amp though, to de-fuckify the sounds as the factory unit actually does some EQ, lifting up the highs. 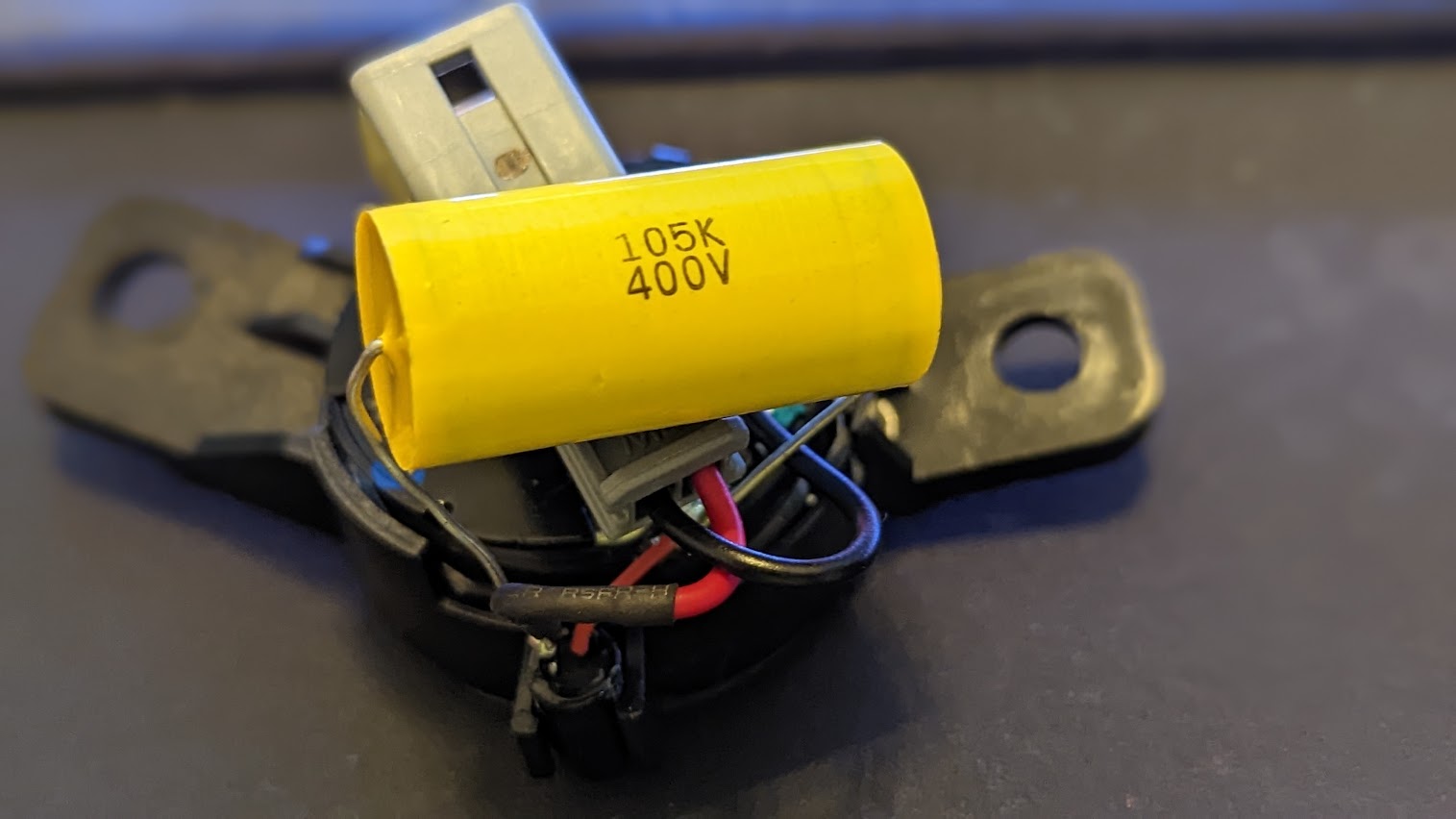 Continue...
Schiit Lyr+ Review (or random thoughts about it)
53 11,858 by purr1n : Oct 5, 2022 at 11:35 AM
I had no intention of reviewing the Lyr+ until a few members pointed it out at the Texas Show and I started getting questions on it. This will be going out on the loaner tour. I will take measurements later because I am curious about the solid-state mode and tube mode. FWIW, the sound-state mode actually sounds pretty good and actually may be preferable to the tube mode depending upon what you are looking for. The Lyr+ will default to this if there is no tube in the socket. (Note that I never cared for the LISST solid-state tubes). The solid state circuit is built into the amp, so there's no need to drop in any silver dildo nuggets. I will proceed with a question and answer format: 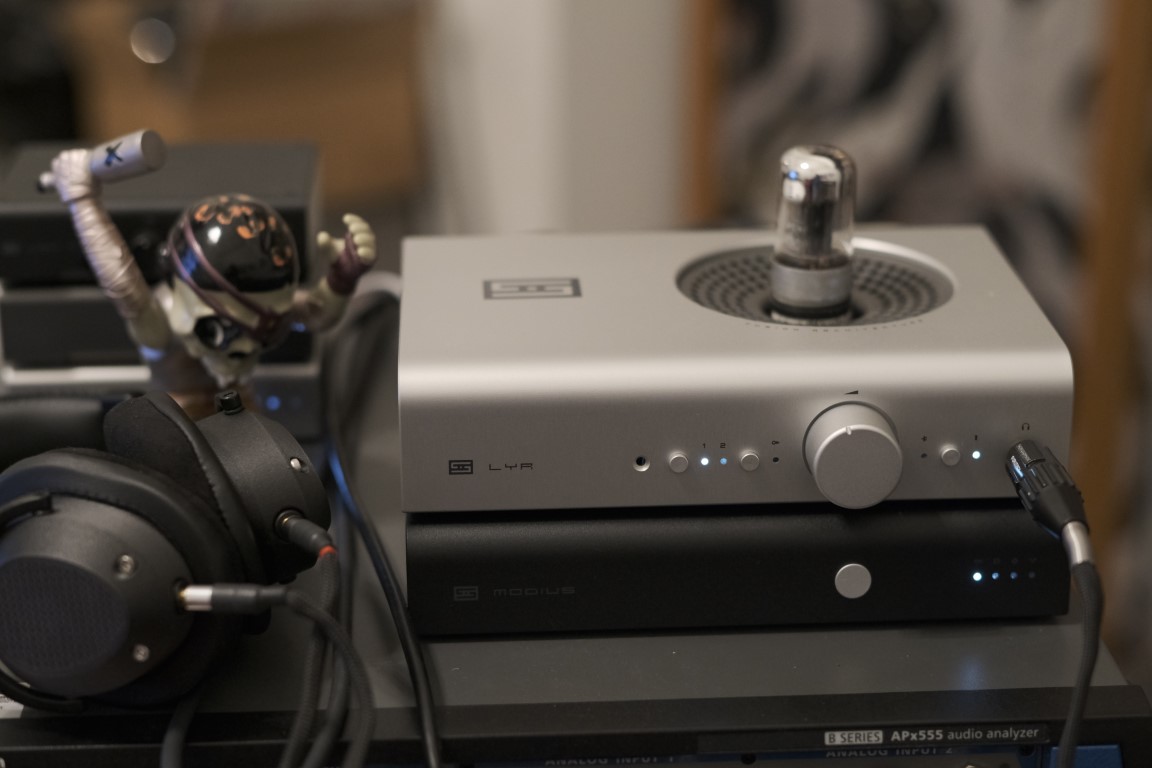 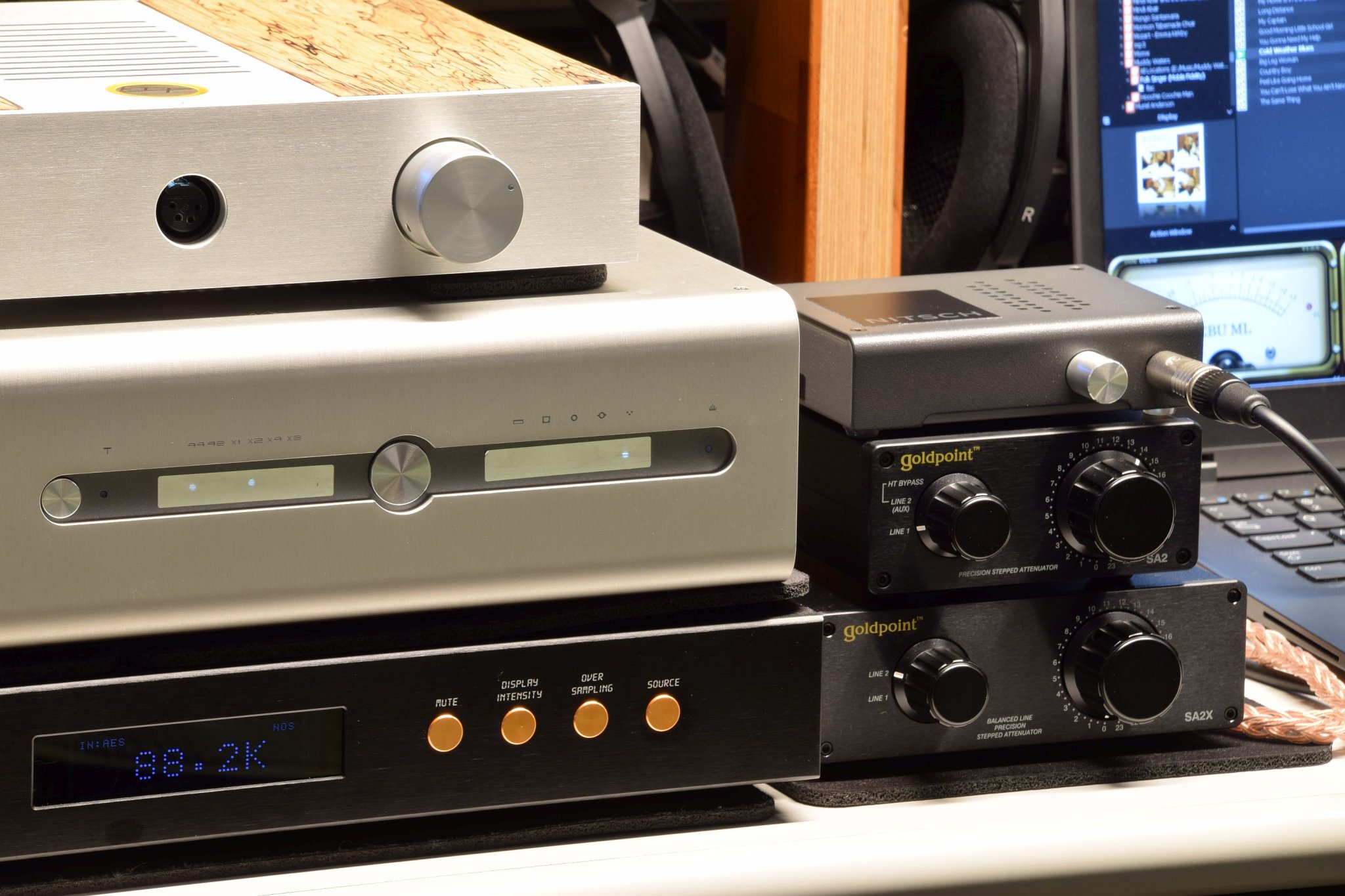 This provided considerable flexibility during listening sessions. There are plenty of impressions threads on the forum where more detailed and nuanced thoughts about the various components are discussed. For my preferences, either I like how it renders music or I don’t. Piety often felt as if it was a skillful combination of the powerful bass reminiscent of EC 300B, magic mid-range of SW51+ and high end transient response usually associated with Cavalli amps. I will be acquiring several for my lab.
Continue...
Haitai Korean Butter Chips
7 951 by purr1n : Oct 1, 2022 at 3:44 PM
Anyway, @tommytakis, my personal Korean snacks consultant, sent me two bags of the Haitai Korean Butter chips. I"m sold. I think these may become a staple in the house, if I can get my hands of them. Maybe next time the family is in Houston. We hit an outdoor mall there with our favorite hole-in-the-wall Hong Kong Dim Sim place. Next door to that is an H-Mart. Before we head back home, we hit the H-Mart and load up the cart with bunch of goodies like Gochujang (Korean red pepper paste with fermented soybeans - think miso), red pepper flakes, special Korean soft tofu. The rest of the cart is then filled with snacks. These snacks disappear after three days. 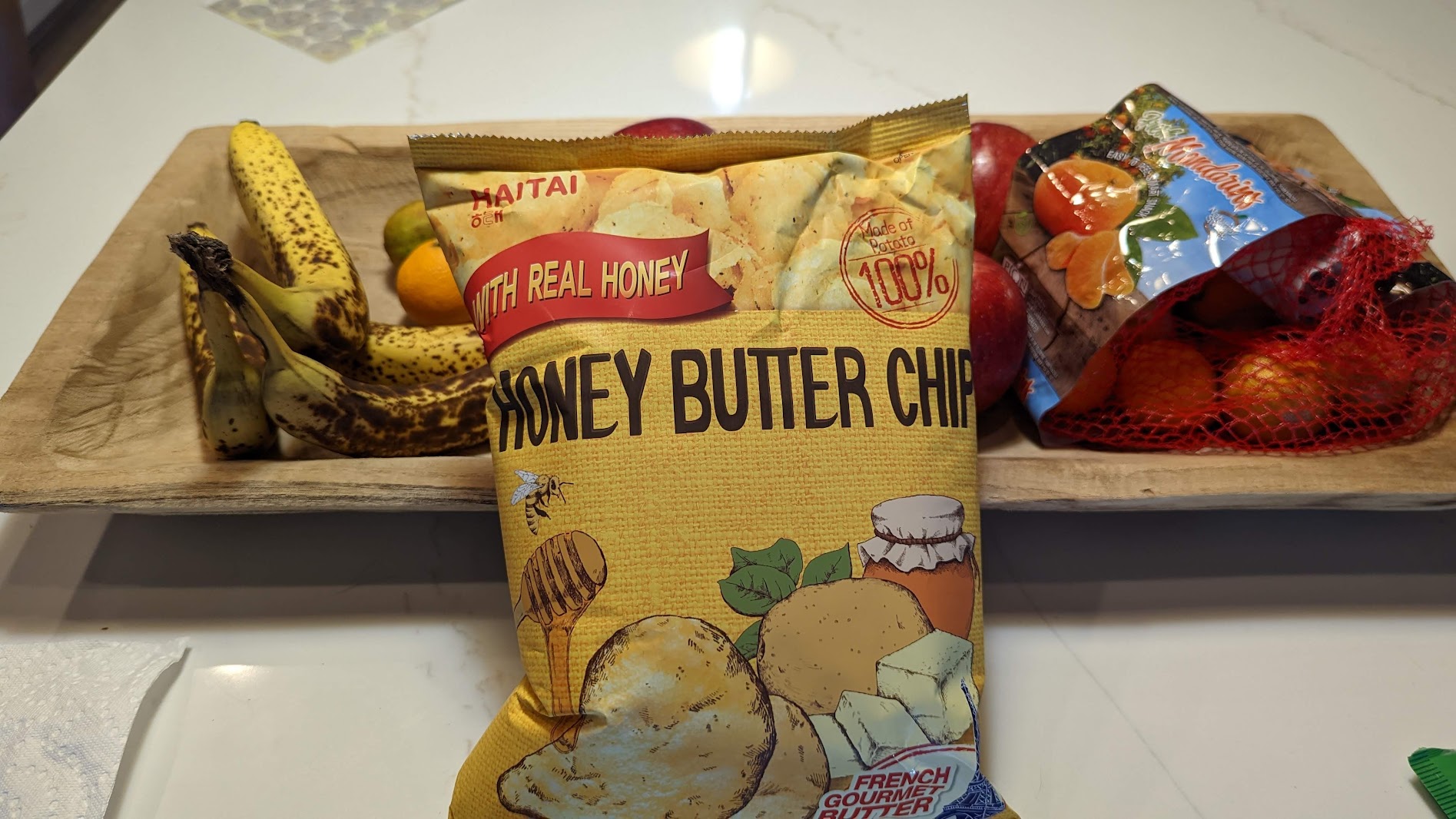 HaiTai Korean Butter Chips
Continue...
Chi-fi superstar - Aiyima T9 integrated amp
31 6,812 by k4rstar : Sep 25, 2022 at 10:41 AM
I purchased this little T9 amp in July on the advice of my good friend doctorjohn. You can read his original review here: 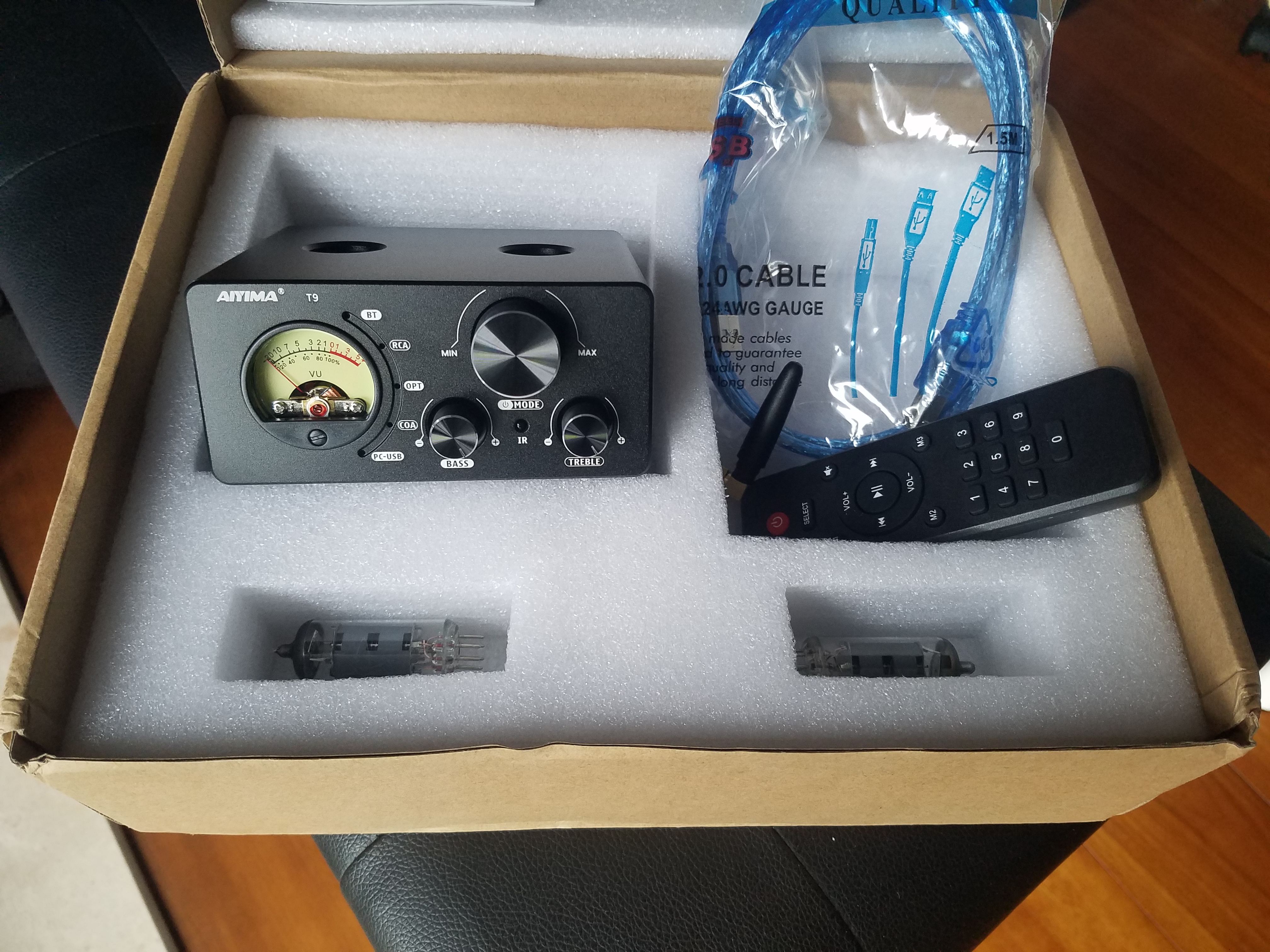 This unit is really exceptional. It can be purchased from Amazon or your favorite CCCP sponsored online marketplace for around $129 USD. It is worth every penny. I purchased it to use as a stopgap until my single-ended 2A3 project is completed later this year, but I have become so enamoured with it I wonder why one really needs anything more.
Continue...
Donald North Audio Stellaris - The Experience
60 8,839 by purr1n : Sep 19, 2022 at 8:10 PM
I have this on loan. It's overdue. Just a tease for now. Will write some stuff tomorrow. Yes, it's glorious. 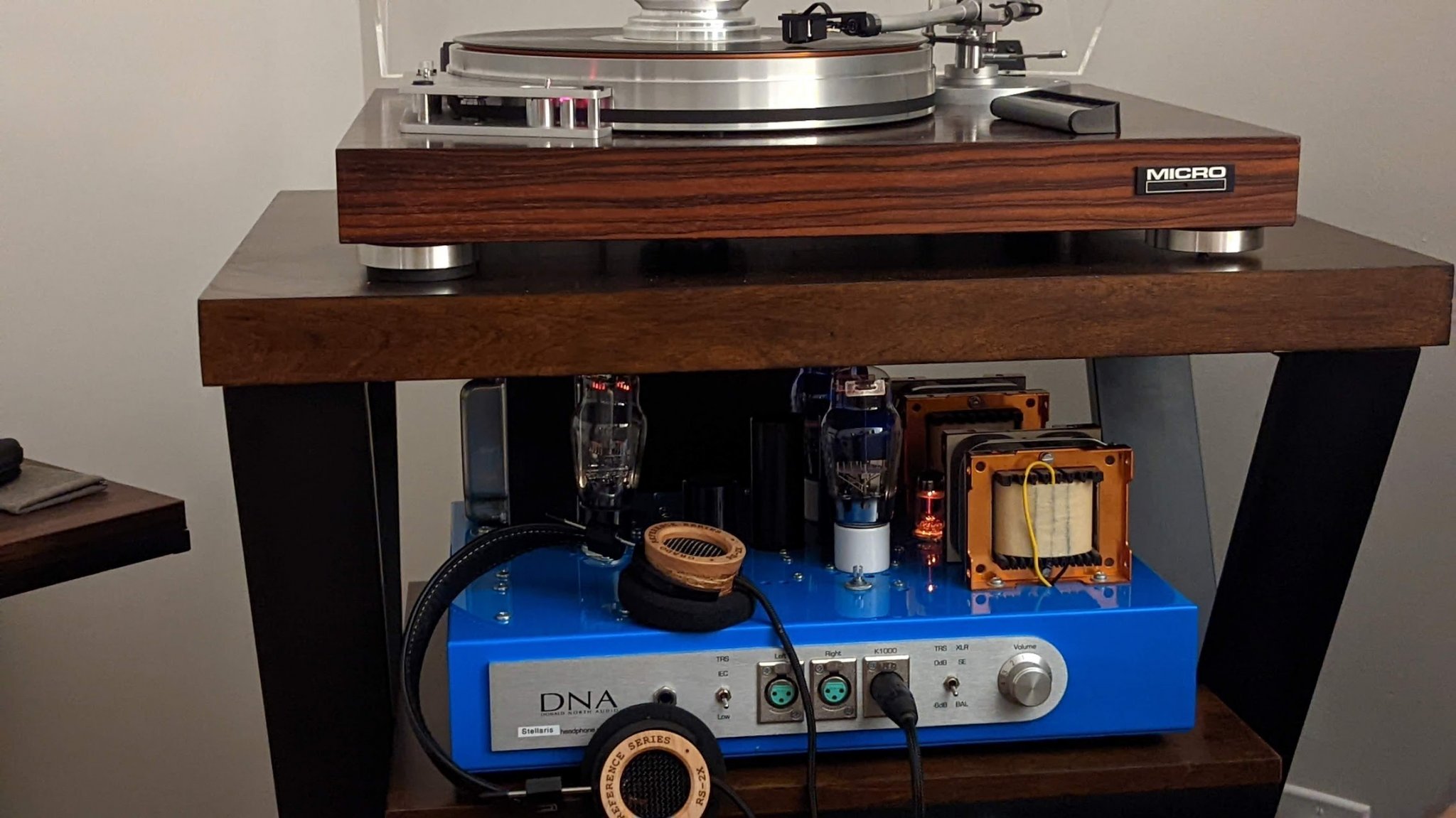 In another thread, I can't remember where exactly (readers feel free to point out where I buried it), I posted a list of "Summit-Fi" tube amps I've heard and assigned them rankings per game character builds a la Diablo 3 or Xenoblade (S-tier, A, B, C, etc.). I am still debating whether I actually want to start a formal thread of tube amp rankings because I eschew these kinds of rankings for the following reasons: 1) they greatly oversimplify; 2) audio isn't a game where one or two kinds of character builds will objectively dominate leaderboards; 3) they do not account for personal preferences; 4) they do not account system synergies; 5) they allows readers to take the easy way out, not doing any exploration or research on their own, to just buy what somebody says sounds good, which rarely leads to the exceptional dish. 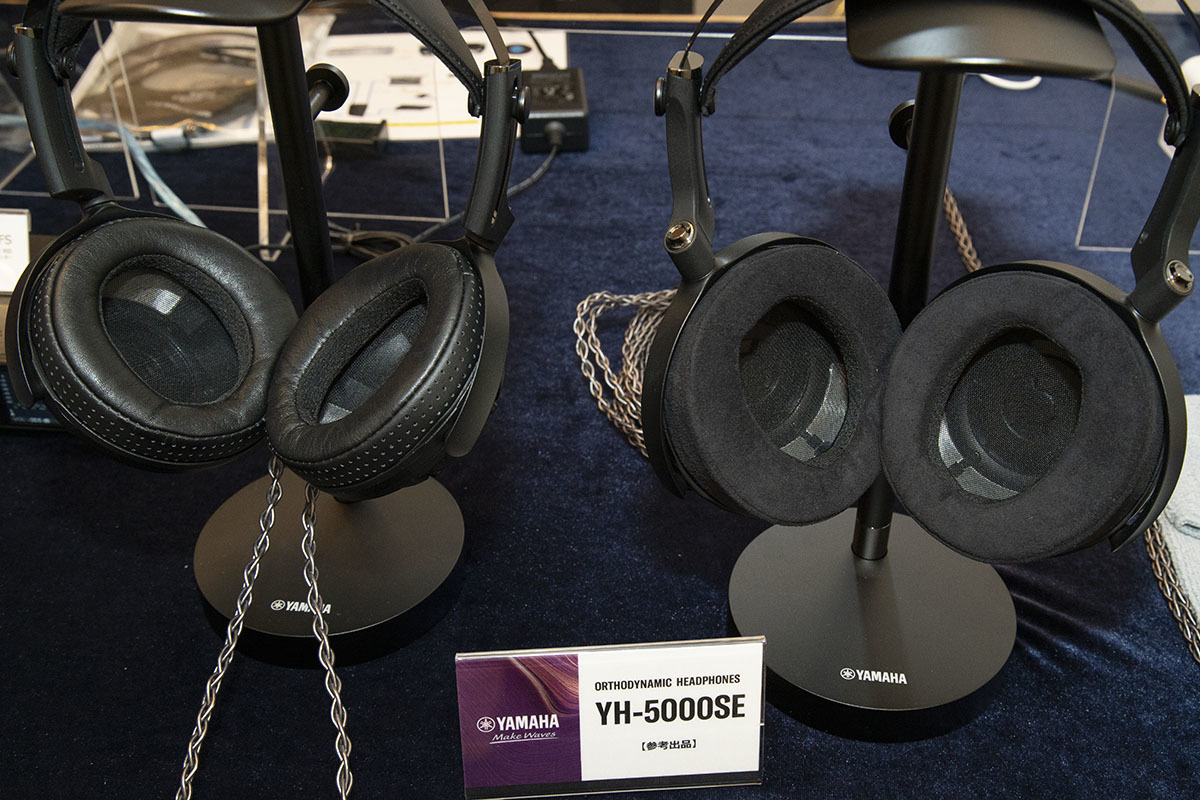 I love how it looks, resembles a modernized all black Qualia 010 with an orthodynamic driver. What is very interesting is that Final Audio reportedly hired Yamaha (and Sony) engineers to develop the D8000, so this was probably made by the same people that developed the D8000. According to the above article, they want to price it around 400-500k yen (3-3.5k usd in Japanese domestic price, 4k in NA maybe). Weight is only 320gr and should come with two different earpads. It's still in prototype stage according to that japanese article. Ngl this has lots of potential to sound amazing, very excited to see this and hope to hear them one day.
Continue...
Page 3 of 27
XenPorta 2 PRO © Jason Axelrod from 8WAYRUN
SBAF is supported by the following: