CLICK HERE TO GO TO FORUMS
Grado Love or the RS2 Appreciation Thread
66 2,210 by purr1n : Thursday at 5:17 PM
Before 2010, there was much less choice with headphones. Other than STAX and Ultrasone (the mostly bad sounding audio jewerly of the day) for the high rollers, there was Grado vs. Sennheiser for the plebs. Grado was fast, articulate, crunchy, punchy, but bright, maybe overbearingly so; Sennheiser was smooth, more tonally correct, but inescapably veiled. So veiled in fact, that just a few years ago, the Sennheiser 6** series was rumored to be canceled because of poor sales, that is until the HD650 Love (and mod) Thread and Drop's HD6XX release gave it new life.

Grado is in no danger of disappearing, but it's about time we revisit a classic, learn why it was so special in the first place, and tweak it to get the best out of it. I present the Grado RS2. 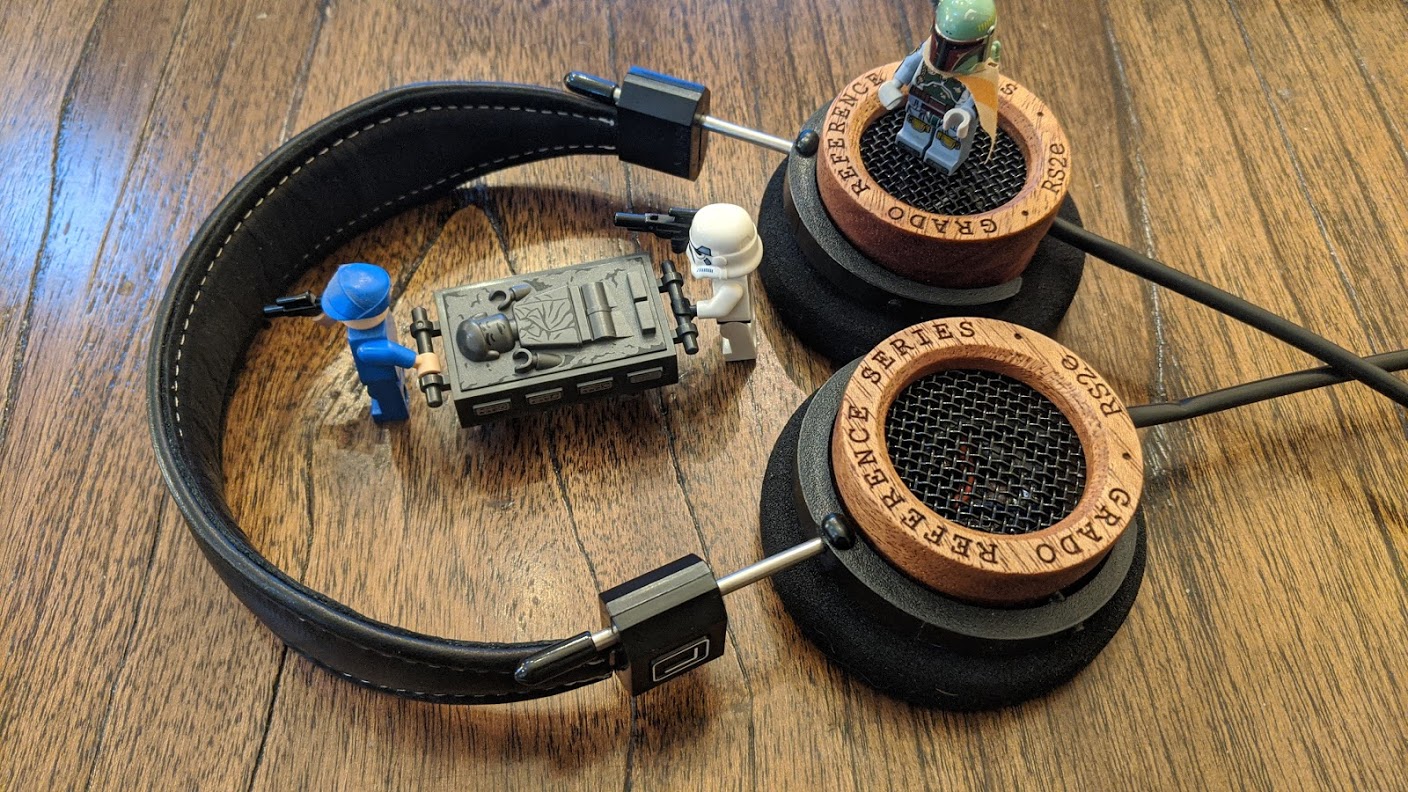 I ordered the optional speaker taps (this amp doesn't have much power, but it will do 4-ohms - might do well with my speakers). Note the nice spiked feet. This is looking like a better and better deal given how expensive stuff costs up there - assuming the sonics pan out (and I have no reason to suspect that they will not given hints to the amps topology). Hopefully UltraSonic Studios will hold off from drastic price increases a la Feliks if and the brand gets more recognition. There is a large fan underneath the amp which is suspended to the bottom plate with rubber mounts like PC fans. I'm not totally sure if this is necessary, but it was probably put there out of an overabundance of caution. 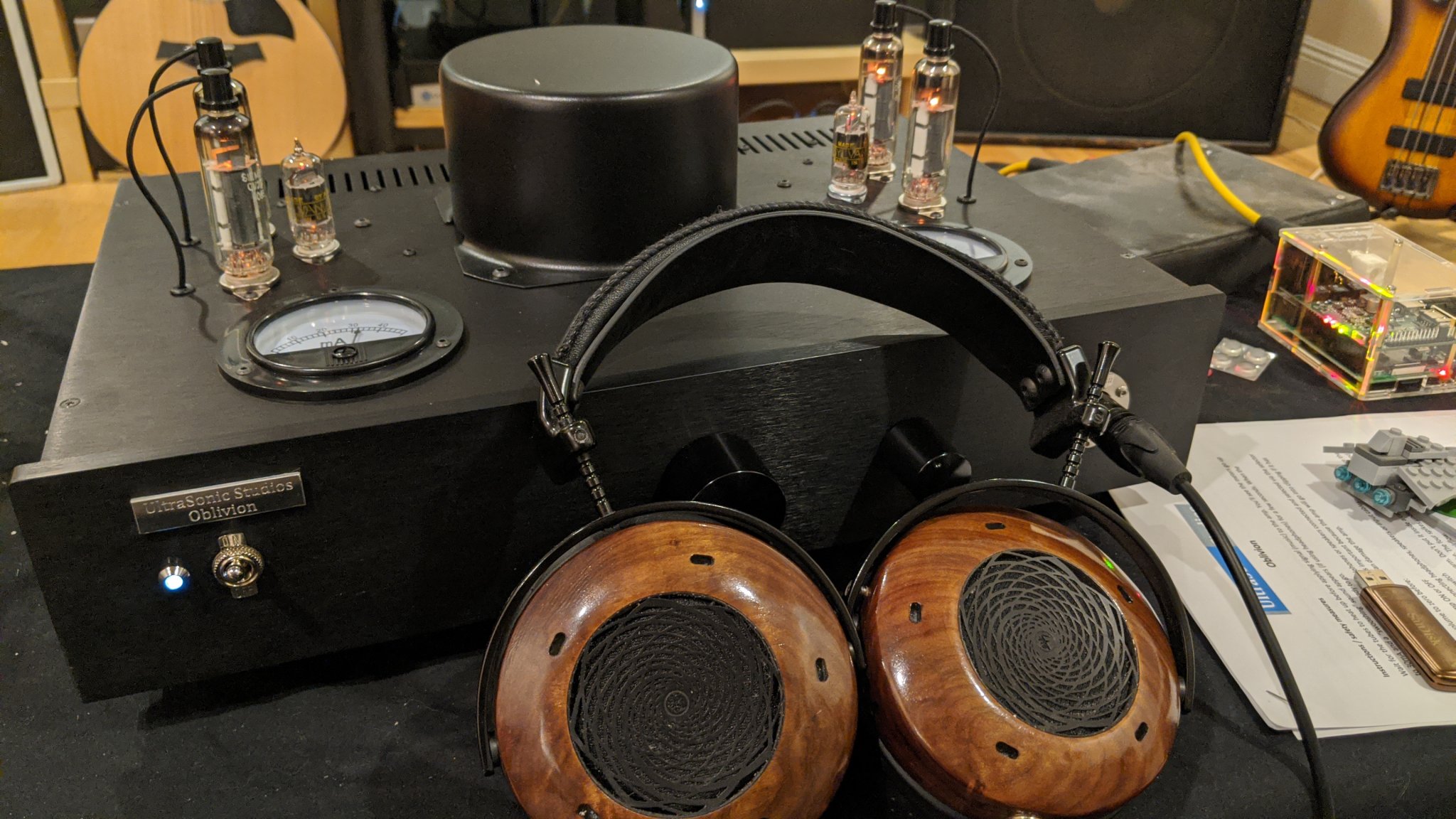 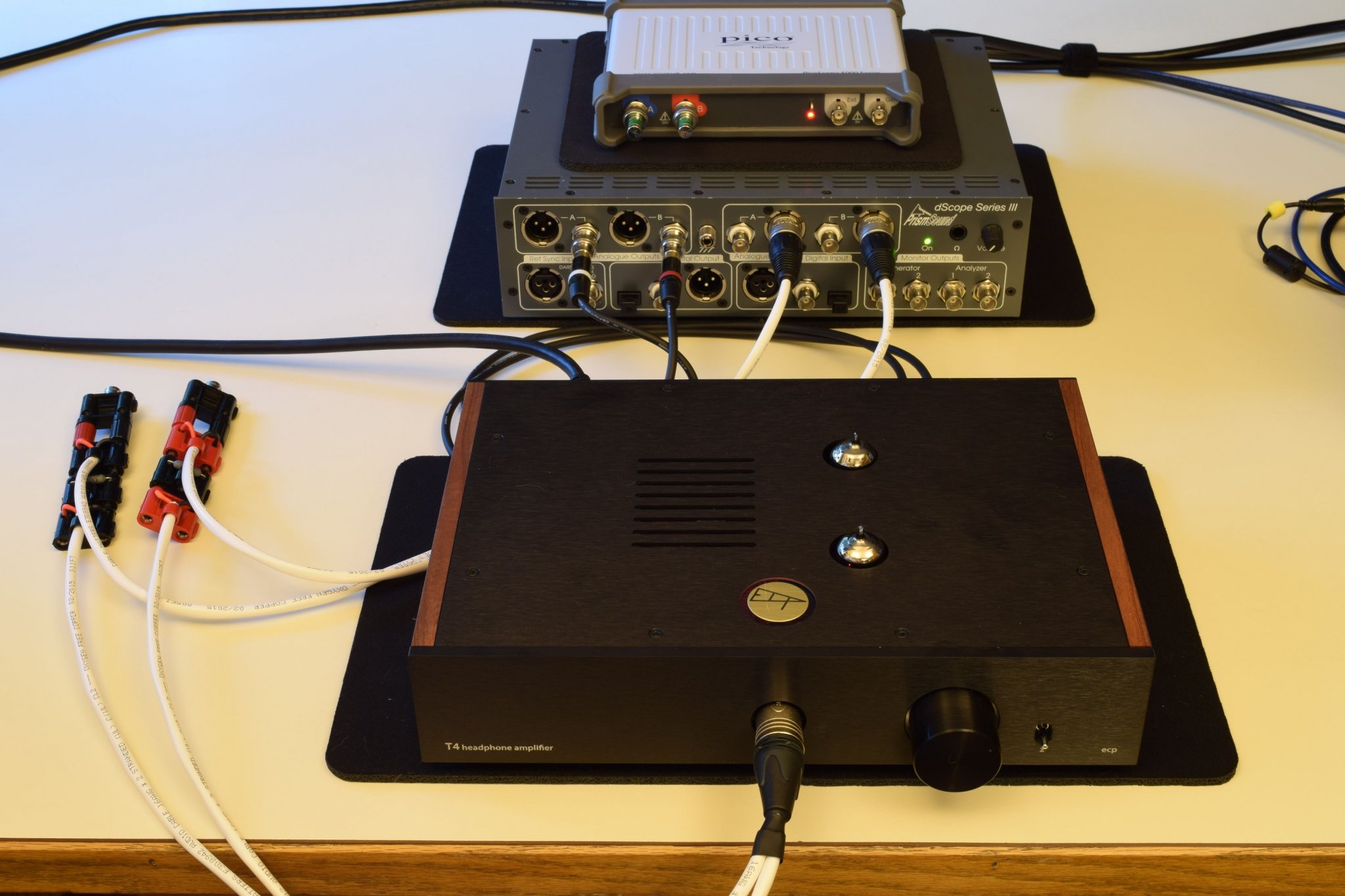 Continue...
The Plywood Buddha: a dipole testbed
14 872 by philipmorgan : Feb 5, 2020 at 8:06 AM
Some people are detail whores. Detail or plankton or whatever gets their mojo workin'. For me, soundstage depth is the equivalent property. I also really dig big, muscular Bruce Lee bass. People have raved about the unboxyness of dipole bass, and sometimes said diples with sufficient back space do soundstage well, so I figured I'd give it a go. 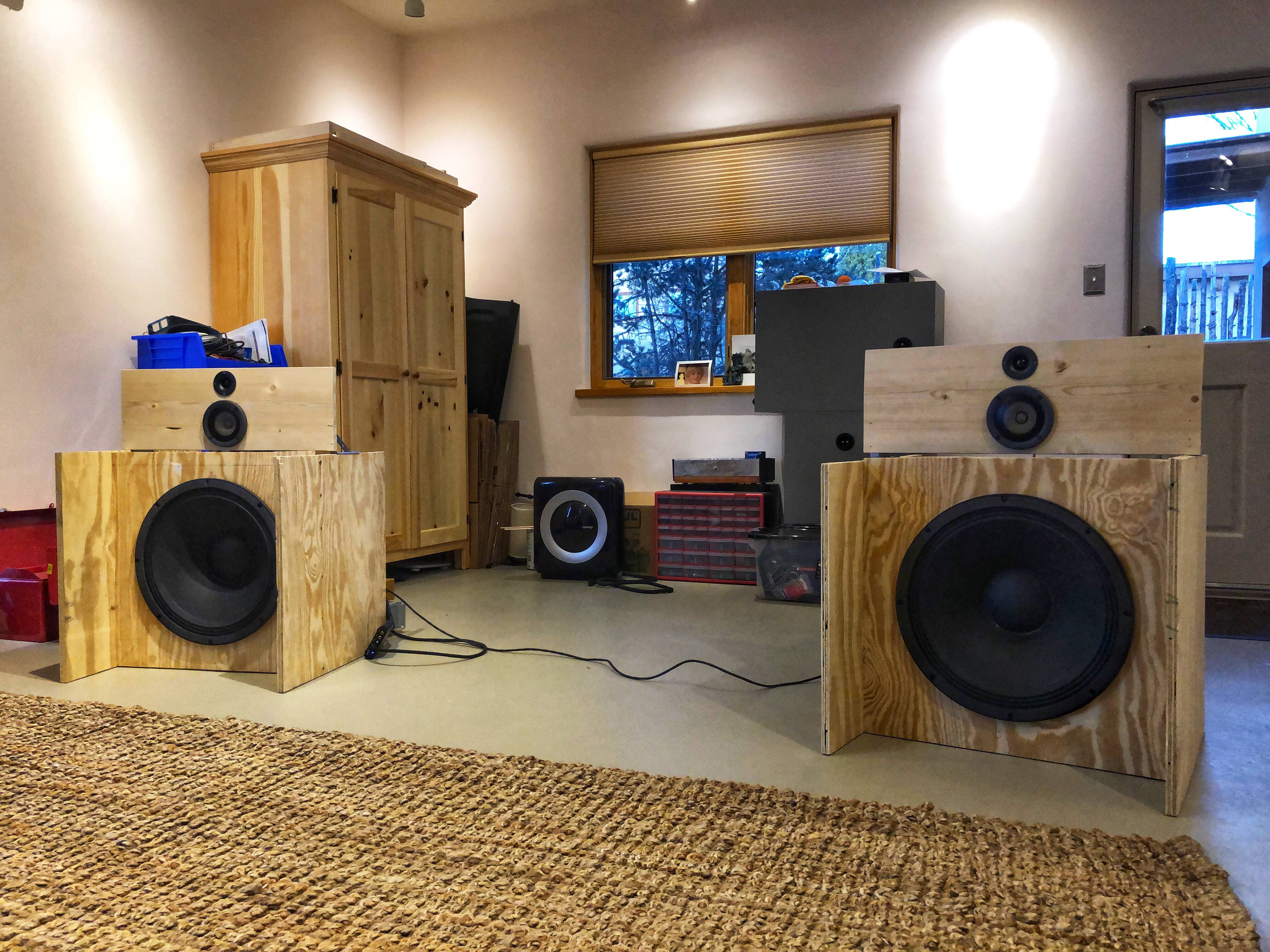 Continue...
Dummies Guide to Pi2AES! Throw away your PC or laptop.
230 14,433 by purr1n : Jan 29, 2020 at 8:46 AM
Imagine a small box the size of your fist that is a WiFi music organizer/player appliance with every digital output available (including the weird ones) to feed your DAC and is controlled by your smartphone. This is it. The time is now to throw away your PC or laptop (keyboard, mouse, video monitor, USB de-crapifier, etc.). Using computers for music is like using Facebook for social media: it's for old people. Further reasons why: easy to assemble, dirt cheap, and sounds great.

AFTER (for kewl people)

Continue...
Drop + THX Panda Review (and Measurements)
55 8,207 by purr1n : Jan 22, 2020 at 5:38 PM
So in comes Drop to resurrect the PM-3 as the Panda, but their style, has added their flourishes: revised tuning, a THX AAA amp with feedforward distortion correction, and wireless Bluetooth functionality. How 'bout that? How many of you guys were wishing there was a wireless PM3? Well you guys got your wish. The tuning has be revised very slightly. If there was any compliant with the PM3s sound, it was that it might have been too murky in the lows. Drop pulled the bass back just a bit, still retaining most of the original's V-shaped response. This tuning will be favorable to consumers and many audiophiles, particularly people on the go, who may in be airplanes or trains (where a bit of boost in the lows and highs will help cut through the environmental noise). 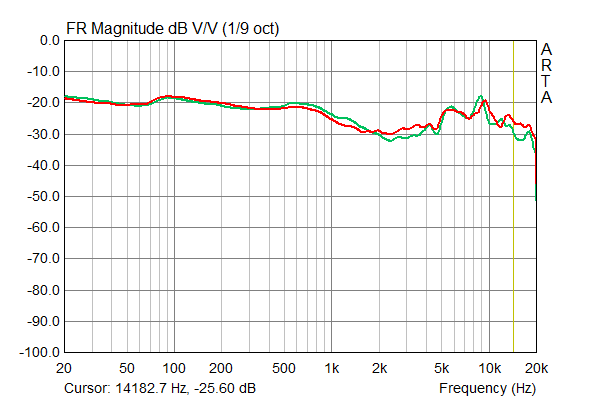 The Jotunheim R was amp created mostly for the RAAL Requisite SR1a Ear monitors. RAAL Requisite is an outfit which has made boutique pro gear. The idea behind the SR1a was for a portable pro mixing or mastering platform. The SR1a requires a converter box for use with speaker amplifiers. Without getting too deep into the details, there are a bunch of resistors and coils inside the box so that speaker amps can drive the RAAL ribbon, which is in essence a short circuit. The ribbon is just a piece of metal tape bathed in a magnetic field. Those who have DIY'd speakers using RAAL ribbon drivers know that they come with a big massive box behind them. Inside this box is a transformer that allows power amps used to driving 8-ohms, 4-ohms, maybe even slightly lower, to feed the 0.2-ohms of the ribbon (or something close to that, but you guys get the idea). What the Jotunheim R does is offer a direct drive to the ribbon, without anything in between (more on this next paragraph).
Continue...
iFi Micro iDSD BL Review and Measurements
31 2,715 by purr1n : Jan 20, 2020 at 12:50 PM
This will be another one of my stream of consciousness deals as there's just too much to cover. This is the best way for me to let you guys know about as many aspects of the "Micro BL" as possible. Feel free to ask pointed questions. The iFi Micro iDSD BL could be the finest transportable all-in-one amp/DAC unit I have heard. It might be interesting to compare to the Chord Hugo 2 under more controlled circumstances (blind and in a home setting) however; but that may need to wait. Or maybe not, since the Hugo 2 at $2500 is meant for people who's parents in a totally different wealth bracket. For what it's worth, I didn't care for the Hugo 2. However to be fair, I may have judged it based on performance to cost, or I could have had the the wrong filter settings that did not suit my preferences.
Continue...
Golden Schlong Awards 2019
17 4,398 by purr1n : Jan 16, 2020 at 5:55 PM
The changes implemented for 2018 are retained: Golden Schlongs and Honorable Mentions (now Silver Dongs) are granted on per category basis (headphones, amps, sources, portable, and other). Each category will not necessarily have a GS winner; but each category will have at least a DS. It is also possible for a category to have multiple GS winners. 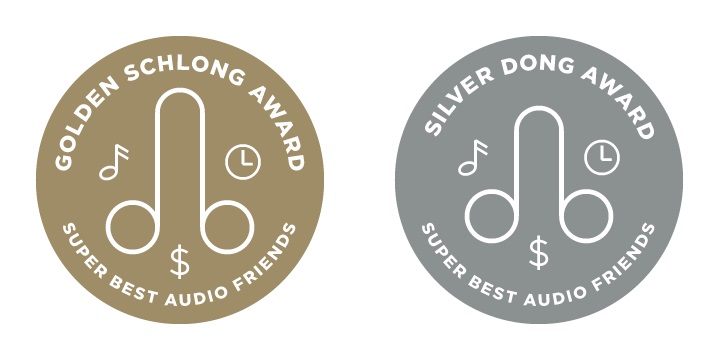 Last year we were super selective. There were few winners. Not much gear really got the senior members excited as many nominations were veto'd for an award. This year however is totally different. Lots of great stuff worthy of GS awards. It can even be argued that the DS gear deserved GS awards. I almost feel bad about giving out so many awards because the award is supposed to be selective - not everybody is supposed to be a winner. But the fact is, lots of great stuff this year, and some quite affordable too.
Continue...
Page 1 of 2
XenPorta 2 PRO © Jason Axelrod from 8WAYRUN
SBAF is supported by the following:

Loading...
Donate via PayPal to support the SuperBAF Review / Loaner Program Fund. Members who donate more than $20 may request "Contributor" status. Click here for benefits of donating. Thank You!