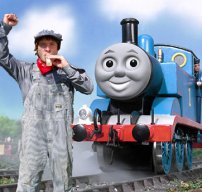 Atrium may not be best in class in any one attribute but it's easily my most favorite headphone I've ever owned/heard. Still honeymooning Feb 1, 2023